Over the last two weeks we have ridden the new gear in different setups. Here are our first impressions.

As we anticipated after spotting some prototypes in Maui at the end of 2019, the Duotone Foil Wing would see an almost complete revamp and the production model is just that: a substantially different wing. The most interesting feature of the Duotone Echo is the draft control rope that connects the boom to the canopy of the wing. As a result, the Echo provides a more direct handling, it is way more stable than its predecessor and hand down better in strong winds. Surprisingly, the Echo 5 (we still have to ride the 4) apparently beats the Foil Wing 5 even in the low end so overall the windrange is better. 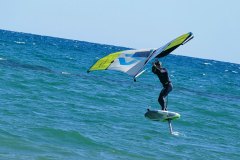 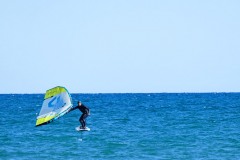 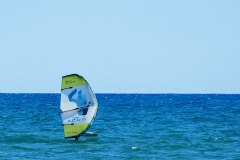 So far we’ve spent one session with the Fanatic Sky Wing 4’8’’. At 55 Liters, the 4’8’’ is the most compact shape in the Sky Wing wingfoiling only dedicated line. The board is, in a word, fun! Extremely agile, pops nicely even after unwanted touchdowns and reacts quickly allowing for tighter transitions. We even managed to knee waterstart on the board a few times. In sum, our first impressions of the Sky Wing 4’8’’ are quite positive as we believe that this unique shape closes the gap between a regular kitefoil dedicated board and a big SUP foil like shape. 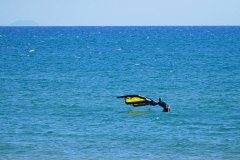 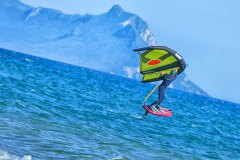 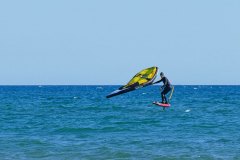 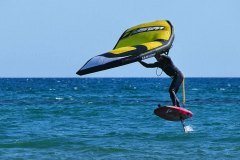 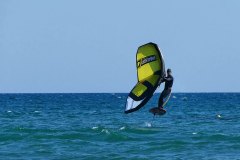 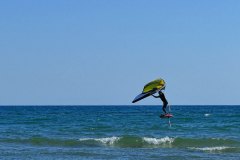 So far we’ve been very impressed with the Gong Lemon Pro 4’8’’ with Allwator Pro Clear XL with 100 cm mast combo. Let’s start with the Lemon Pro 4’8’’. The board is very light, even lighter than the Fanatic Sky Wing 4’8’’. The Lemon Pro 4’8’’ has a volume of 70 Liters and allows knee waterstarts. Overall, it is a super user friendly hyper fun yet performing board that requires less skill than the Fanatic Sky Wing 4’8’’. When it comes to the Allwator Pro Clear XL with 100 cm mast, the foil is the ideal complement to the Lemon Pro 4’8’’ in light to moderate wind conditions. Extremely stable, reasonably fast and light, not to mention the 100 cm mast, definitely a game changer in choppy conditions. 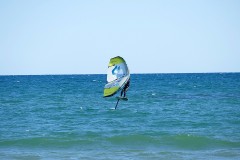 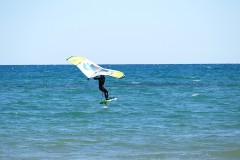 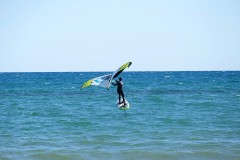 The Gong Pulse 5 is a different beast compared to the Gong Classic wing that we rode last year. More stable, powerful and performing. On the flip side, this new wing is a bit heavier than the latter but, again, when it comes to overall performance the Pulse is way better. 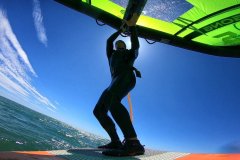 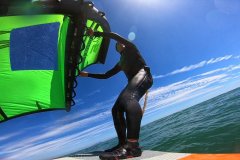 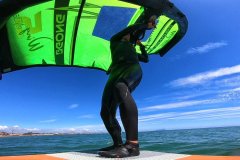 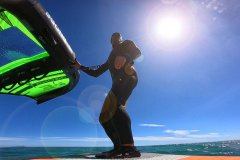 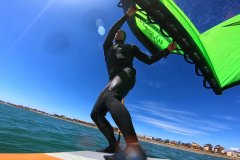 Riding the Gong Superpower 6 for the first time left us with a mixed bag of feelings. First things first: the wing proved to be VERY powerful as long as we used the two full power handles: the second and the sixth located from the leading edge. The problem is that controlling the wing by grabbing those handles, particularly the second handle from the LE, felt at first awkward as we all were used to grab the strut handle closest to the LE with the front hand. Indeed, the Superpower has a very low aspect ratio and it is by design that the pull can be maximized only by using those two particular handles. The second session with the Superpower turned out to be way better and actually pretty rewarding as we managed to fly in 8 to 11 Knots.

We do look forward to spending other sessions with the new gear even though the conditions appear quite sketchy for the next several days. Stay tuned su wingsurfmag.it.