Pretty good Winter in the central Mediterranean area so far. This week our editor had the chance to try the Gong Wing 7.

Let me backtrack a bit and talk about one of the biggest swells to ever hit the West coast of Italy. The swell was triggered by a super intense cold front moving from the Atlantic. With Northwesterly winds in the 40-65 Knots range, the front caused significative property damage, downed pole, uprooted trees … you name it.

The next day the conditions were perfect for Windsurfing (and Kitesurfing). The shorebreak was just too big for attempting a Wingfoiling session. 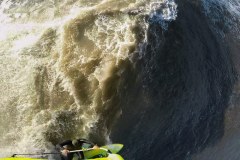 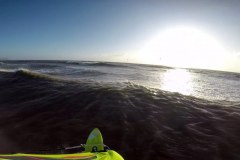 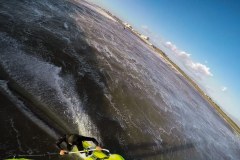 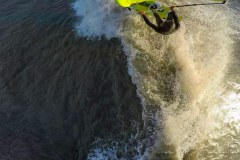 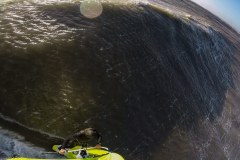 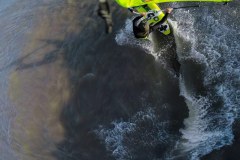 The Gong Wing 7 put to the test

Yesterday the swell was still pumping, the wind lighter and the shorebreak not as treacherous as the day before. A couple of kiters, including one of our staff, were riding regular surfboards flying 12 m kites so the conditions seemed quite inviting for eventually giving the Gong Wing 7 a try. This time around I decided to mount the GoFoil IWA and 24.5’’ mast on the Jimmy Lewi wis 5’11’’ and that helped a lot in making through the ultra shallow shorebreak. Suffice it to say that it took just a few minutes. In the meanwhile, the wind had died off even on the outside so my mission was quite simple: catching a few waves pumping like Hell. Well, I succeeded and I must admit that I wasn’t expecting the Gong Wing 7 to be that powerful and easy to pump. 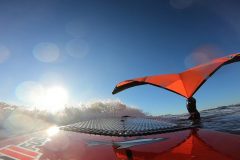 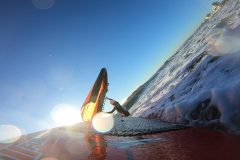 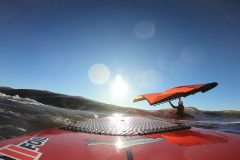 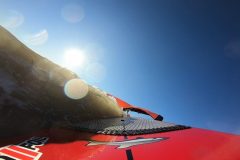 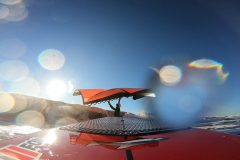 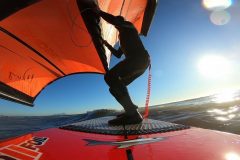 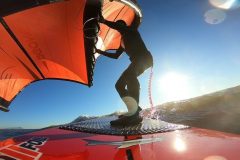 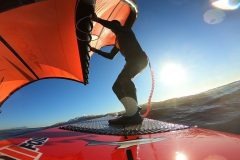 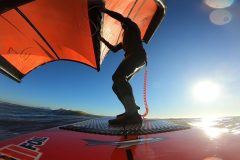 The icing on the cake: Christmas SUP Foiling session today!

I can hardly remember a swell active for 4 consecutive days in a row here. Well, that happened and today I scored one of the best SUP Foiling sessions in the Mediterranean. I ALWAYS bring a paddle with me along with my wings and SUP foil boards. Is it windy? Then Wingfoiling is the call but in windless conditions and small to head high waves I go for a SUP Foiling session. Needless to say, I have in my quiver a convertible board pretty good for SUP Surfing, Foiling and Wingfoiling: the awesome Starboard Hypernut Foil 6’10”. 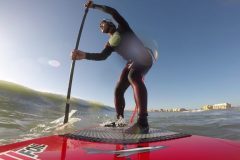 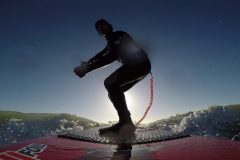 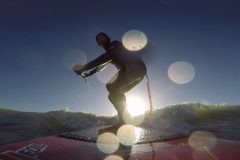 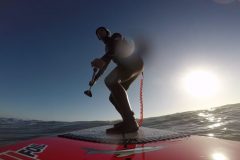 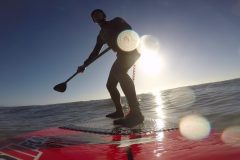 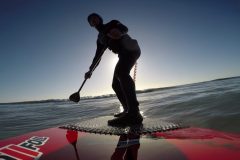 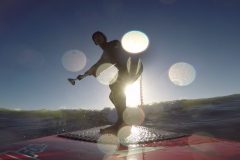 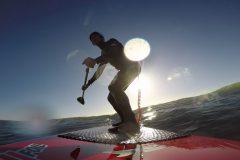 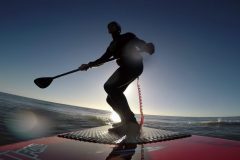 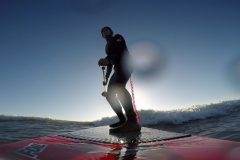 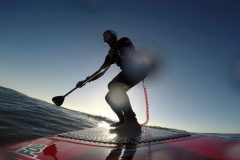 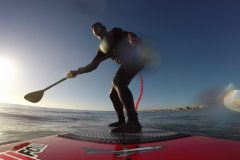 Well, that’s all for now. On behalf of my friends here @wingsurfmag, best holidays wishes and stay tuned on wingsurfmag.it!